The Feast of the Seven Fishes is part of the Italian-American Christmas Eve celebration, in Italy, it's not called a feast but it certainly is pretty much the same and they refer to this name as a "Grand Meal" for their Christmas celebration dinner.


Christmas Eve is a fasting day to any kind of meats, and only seafood is served (actually several kinds of fish is made on this day) as part of the menu.


This Italian Christmas Eve Tradition of no meat continues to stay true to an Italian American seafood feast we serve her in America.


The seafood is part of Catholic abstinence from eating meat until the feast of Christmas Day.


The "Grand Meal" (feast) consists of seven different seafood dishes and traditionally was started in Southern Italy, and known simply as The Vigil (La Vigilia).


This celebration was to wait and welcome the Vigilia di Natale, and the birth of baby Jesus.


The seafood for Roman Catholics typically is fried fish in oil and shellfish that they could afford and was freshly caught.


Among the fish were clams with pasta which we add to Cioppino which is a fish stew, a salted codfish called baccala being the most popular to serve which is a codfish in a tomato sauce or squid, white fish, and several others that were fried.


In some of the oldest Italian American families, there was no count of the number of fish dishes that were served this Christmas Eve night.


Fried smelts and other types of seafood like Calamari fried were introduced into the menu much later through the years on Christmas Eve.


Here is a sample of the most popular ones we make every year.


May you all have a blessed season upon and enjoy the Traditional we set forward to carry on with this Catholic Christmas Eve menu we made through the years. 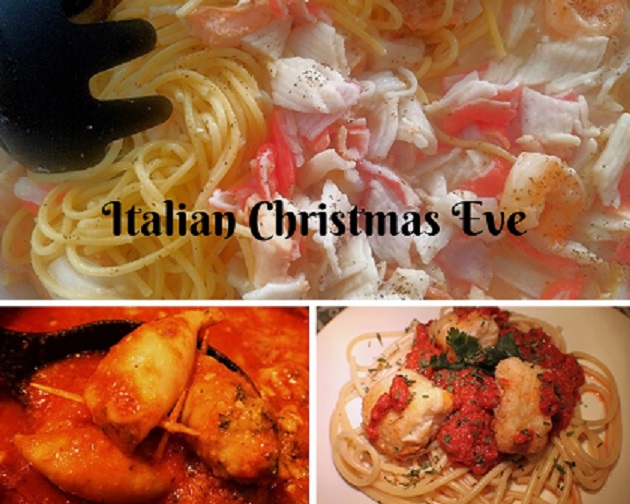 Did you find this post inspiring? Let us know by pinning us!