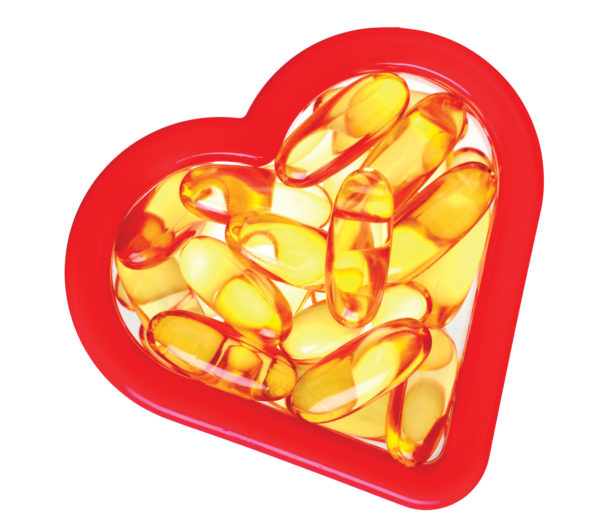 You know Im always looking to flush out nutrition trends that seem a little fishy so today, were talking about omega-3 fatty acid supplements. You know, fish oil!

The omega-3 fatty acids EPA and DHA, found mainly in seafood and in small amounts in some egg and dairy products, are important for heart health, cognitive functioning, and the development of the brain and eyes.

Our bodies make EPA and DHA from ALA, a dietary fat found in plants, but the conversion rate is very low between 1-10%. Despite a high intake of ALA, vegans and vegetarians who do not consume fish have been shown to have low levels of DHA and EPA.

So one would assume that plant-based eaters should supplement to up their levels of these important fatty acids. But is that the case for all plant-based eaters? And if so, are the vegan-friendly omega-3 options available as effective as fish and fish oil?

In order to answer those questions, lets look at the research on omega-3 supplements and various health conditions.

Studies show a lower incidence of cardiovascular disease with higher dietary intakes of DHA and EPA, mainly from fish. One study showed that as little as 1 serving of oily fish per week resulted in a 16% reduced risk of dying of heart disease.

Meanwhile, large doses of EPA/DHA supplements more than 3 grams per day have been shown to lower triglycerides, some inflammatory molecules, and VLDL a type of cholesterol that may be more atherogenic than other cholesterol molecules. This effect is not seen with ALA supplementation.

However, when it comes to heart disease and mortality, supplementation of EPA and DHA has not been consistently shown to reduce risk. Some researchers believe this is because many studies didnt use high enough doses of omega-3s to produce a benefit, and overall it appears that research does warrant the use of supplements for the prevention of cardiac death in high-risk patients.

The American Heart Association recommends omega-3 supplementation for patients with heart disease and those who have had a recent heart attack.

DHA AND HEART DISEASE IN VEGANS

Vegan and vegetarians have lower rates of heart disease and cardiovascular disease risk factors compared to omnivores, despite the fact that they dont eat fish and have lower levels of DHA and EPA.

One study looked at healthy vegan men and healthy omnivorous men and found that the vegans had lower arterial stiffness. Some of the vegans were then assigned to take a daily 200 mg omega-3 supplement, and no difference was found between the groups.

Therefore, it appears that healthy vegans likely do not need supplements to reduce their risk of heart disease.

However, plant-based eaters and omnivores alike who suffer from heart disease or heart disease risk factors would likely benefit from supplementation.

DHA is an important component of nerve cell tissue and a precursor for anti-inflammatory signaling molecules.

Meanwhile, low levels of DHA have been found in children with ADHD, and supplementation has been shown to improve symptoms.

While research on omega-3s and brain health isnt definitive, the promising results and lack of negative side effects with moderate dosage seem to warrant supplementation for plant-based dieters at risk of cognitive decline or plant-based children with cognitive disorders.

The populations at the greatest risk of potential complications from consuming low amounts of omega-3s are pregnant women and breastfeeding moms.

DHA is needed for proper central nervous system development. Needs ramp up during the 3rd trimester of pregnancy and DHA accumulation in a babys brain continues throughout the first two years of life.

Studies show that progesterone increases DHA synthesis during pregnancy but not enough to meet increased needs, which is why the American Academy of Pediatrics and the American Pregnancy Association recommend that pregnant and breastfeeding women consume at least 200-300 mg of DHA/day.

Finally, low intakes of DHA in infancy have been associated with deficient accumulation of DHA in infants brains. However, the effects of this are unknown on cognitive functioning and brain development.

Unfortunately, there are no studies of plant-based moms examining the effects of lower DHA levels on cognitive development. Luckily though, plant-based mamas can easily meet guidelines for DHA intake by taking a plant-friendly omega-3 supplement algae oil.

Microalgae is the original dietary source of DHA. Fish consume this tiny marine plant and then accumulate it in their tissues this is why seafood is such a great source of EPA/DHA not because fish make it themselves.

So basically, consuming algae oil cuts out the middle man! Algae oil has shown to be just as effective as fish oil in raising levels of DHA in the bloodstream.

During my pregnancy and while I was breastfeeding, I used Nordic Naturals Algae Omega, which provides 195 mg of EPA and 390 mg of DHA. They now have a pregnancy-specific algae oil supplement as well their Vegan Prenatal. I love Nordic Naturals for a number of reasons they ensure the purity of all of their products through 3rd party testing, their algae oil is non-GMO and extracted using a chemical, hexane-free process, and they care about sustainability. Their headquarters in California is leed-gold certified and their plant in Norway is powered entirely by unused fats from the production process.

So back to our original question do vegans and vegetarians need omega-3 supplements? Well, given that plant-based eaters have lower rates of the very conditions that omega-3 supplements are intended to prevent, blanket supplementation doesnt appear to be warranted at this time.

But research does support supplementation for certain plant-based populations. This includes people with heart disease or heart disease risk factors, adults and children with cognitive impairments, and primarily vegan and vegetarian women who are pregnant or breastfeeding.

And thats The Sitch!

Weigh-in: Do you take fish or algae oil supplements?

*This post is sponsored by Nordic Naturals but all opinions and research are my own. I thank you for your support of Whitney E. RD-approved partnerships that make this website possible.

Did you find this article useful? PIN this to your board on Pinterest!