I just had a cup of Bigelow Decaf Green Tea for Breakfast this morning. I had a sleepless night last night. Had to suffer through those Phantom Pains all night and they didnt let up to around Noon 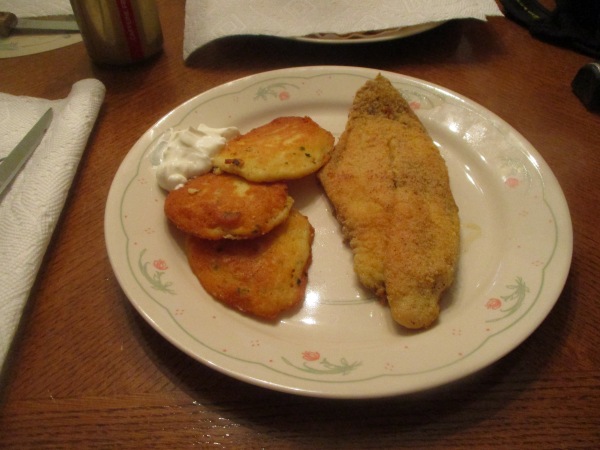 today. So tired of dealing with these! Nothing I can do but wait them out until they stop. Spent most of the day trying to catch up on some sleep. For Dinner tonight I prepared Fried Catfish w/ Potato Pancakes and Cornbread.

I purchased the Catfish Fillets from Meijer. Weve had the Fillets over the Nuggets the past few times weve had Catfish. Just as good and a lot easier to prepare.

I rinsed the Fillets off in water and dried them with a paper towel. To prepare them Ill just need some Mortons Lite Salt and Zatarains Fish Fri Seasoned Seafood Breading Mix. I got a large Cast

Iron Skillet sprayed it with Pam Non Stick Spray and added 1 tablespoon of Extra Light Olive Oil. Heated the skillet on medium heat. As the skillet was heating I Seasoned the Catfish with the Salt and then got pie pan and added the Breading Mix to it. Then rolled the Fillets in it making sure the Fillets were well covered with Breading. With the Cast Iron heated I added the Fillets. I fried them 4 minutes a side, nice and golden brown. The Zatarains Breading Mix gives it fantastic flavor.

For one side I prepared some Manischewitz Potato Pancake Mix, my favorite (Never made a cake I didnt like!). Just add 2 Egg Beaters (1/2 Cup), 2 1/4 Cups Water, to the mix stir and fry! Easy and 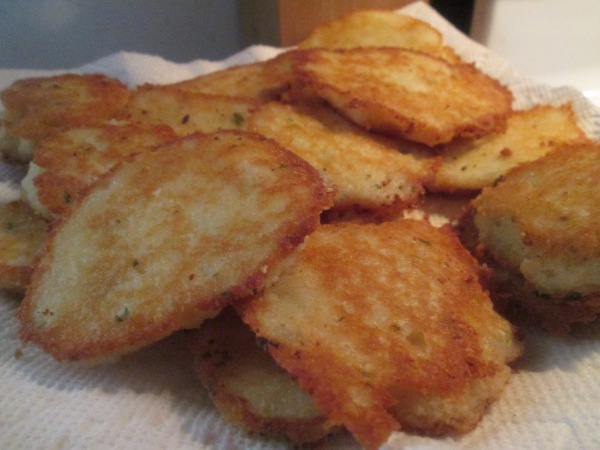 I also prepared a small Cast Iron Skillet of Cornbread. For the Corn Bread Im using Martha White White Corn Meal. The Cornbread goes perfect with Chili! Then for Dessert/Snack later a bowl of

Catfish
The most commonly eaten species in the United States are the channel catfish and the blue catfish, both of which are common in the wild and increasingly widely farmed. Farm-raised catfish became such a staple of the diet of the United States that on 25 June 1987, President Ronald Reagan established National Catfish Day to recognize the value of farm-raised catfish.

Catfish is eaten in a variety of ways. In Europe it is often cooked in similar ways to carp, but in the United States it is popularly crumbled with cornmeal and fried. Wikipedia

Did you find this article useful? Save THIS PIN to your board and check it later at any time!